At around 3AM on the morning of the 2nd December, an unusual alert came in to the Trackstar emergency desk from a Range Rover in the W12 area of London, a signal jamming alert. 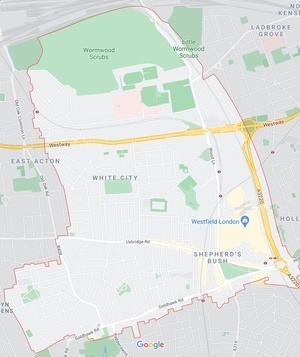 Kelly Clarke, head of operations at Trackstar said “These alerts come in when someone attempts to jam the GPS and cell signal of the tracking device. In itself it may be harmless, but our suspicions were piqued due to the area and time of day”

The operative who picked up the alert, watching as the car began moving away from the W12 address immediately tried to contact the owner of the vehicle to check whether it was safe. Unfortunately, however due to the time of day the owner wasn’t reachable.

Kelly went on to say “we are trained to recognise suspicious activities and unusual movement of assets, so even though we couldn’t get through to the customer we were confident that this was a definite theft situation”

Trackstar has direct links to all police constabularies in the UK. Using their priority status they contacted Metropolitan police officers in the area at the time and passed the live location of the vehicle.

“Whilst one would imagine that because the signal was jammed there was no way to locate the vehicle, it was still possible due to state of the art technology in the Trackstar device designed to counteract signal jamming attempts.”

Metropolitan police attended the vehicle’s location and was able to recover the stolen Range Rover and even arrested the suspected thief at the same time. 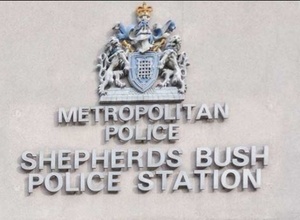 A few moments after the police confirmed they had found the vehicle, the Trackstar emergency desk received a call from the bewildered owner of the vehicle, confirming it had indeed been stolen from his address, without the keys in what was most likely a relay attack.  The Trackstar operator was then able to give the good news that the car had already been recovered and an arrest made!

Kelly finished by saying “It is always great when we are able to give good news to a customer and a victim of crime.  We pride ourselves on the exceptional training we offer to all our personnel and in this instance that training really paid off! We encourage initiative and proactivity and the operator’s use of that has saved our customer a hefty excess and premium increase, took a suspected car thief off the streets and showed that customer that he was right to put his faith in us”.

All in a night’s work!

Thatcham approved S5 and S7 stolen vehicle trackers are available to purchase on trackstar.co.uk, through BMW and Jaguar Land Rover dealerships and through a nationwide network of independent installers.

This new Telematics innovation introduces measures to combat the growing levels of car theft involving the use of electronic devices.

Trackstar Advance has been certified as a Thatcham S5 product, but unlike existing offerings in the market, is armed with additional features and enhancements to combat electronic theft. The system incorporates technology for theft prevention in addition to existing Stolen Vehicle Tracking capabilities- utilising proven Trackstar S5 hardware and expertise as a global service provider of Stolen Vehicle Tracking covering over 50 countries.

Features in addition to S5

The Trackstar Cat 5 system utilises a driver recognition system as part of the Thatcham Category 5 criteria.

Features in addition to S7